You are here: Home » blog » Films Inspired by Works of Art

In the last few years, it seems that films have been adapting stories from books and graphic novels—the highest-grossing films came from drawings on paper.

However, did you know that there were films that were inspired by works of art? Paintings and photos were at some point inspiration for directors, and although there have been obvious ones, like Girl with a Pearl Earring (Johannes Vermeer) and Portrait of Adele Bloch-Bauer I (Gustav Klimt), there are more subtle ones that you would never have guessed unless you’re well-versed in art and art history.

Here are some films that were influenced by beautiful artworks: 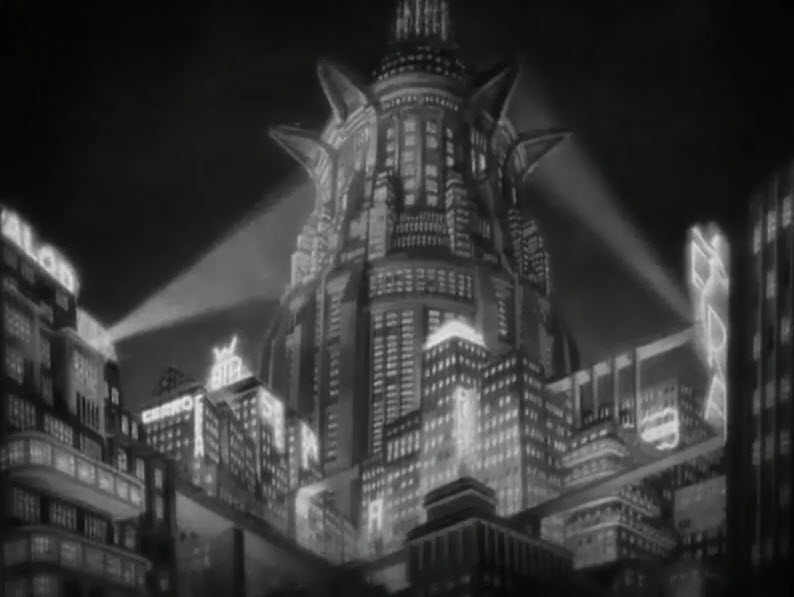 Inspired by The Tower of Babel (Pieter Bruegel, 1563) 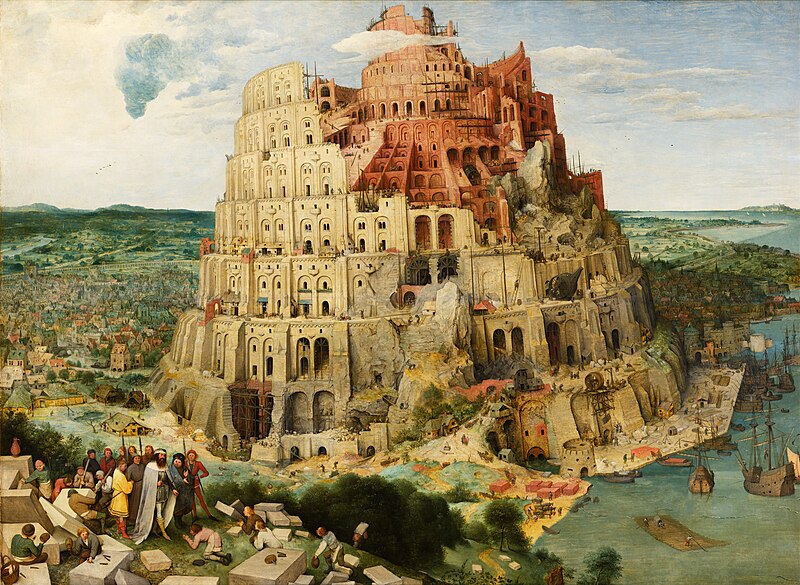 Metropolis is one of the most innovative films ever made, showing director Fitz Lang’s interpretation of the year 2026. In his film, the city planners rule the city and the working class try to survive with what little they had. The utopian film shows a big and rich world, with a grand tower smack right in the center of it.

The artwork that inspired such setting? Pieter Bruegel’s Tower of Babel, with which the stylistic impact is copied by the film. Other than the central setting, the film also relates to the biblical story Bruegel associated his painting with—the union and separation of the human race.

Inspired by: House by the Rail Road (Edward Hopper, 1925)

Alfred Hitchcock’s classic is one of the most famous movies of all time, but not many know that the design of the iconic Bates home, over the motel, was inspired by a painting by Edward Hopper. Not only is the house similar, the opening shot is even similar to another Hopper work—The City (1927).

For the sinister look of the house is an equally sinister film. A desperate woman in search of money decides to steal thousands from her employer’s client and heads up to California to meet her lover. With a severe storm her way, she checks in to a desolate  hotel and meets Norman Bates—and we all know what happens next. 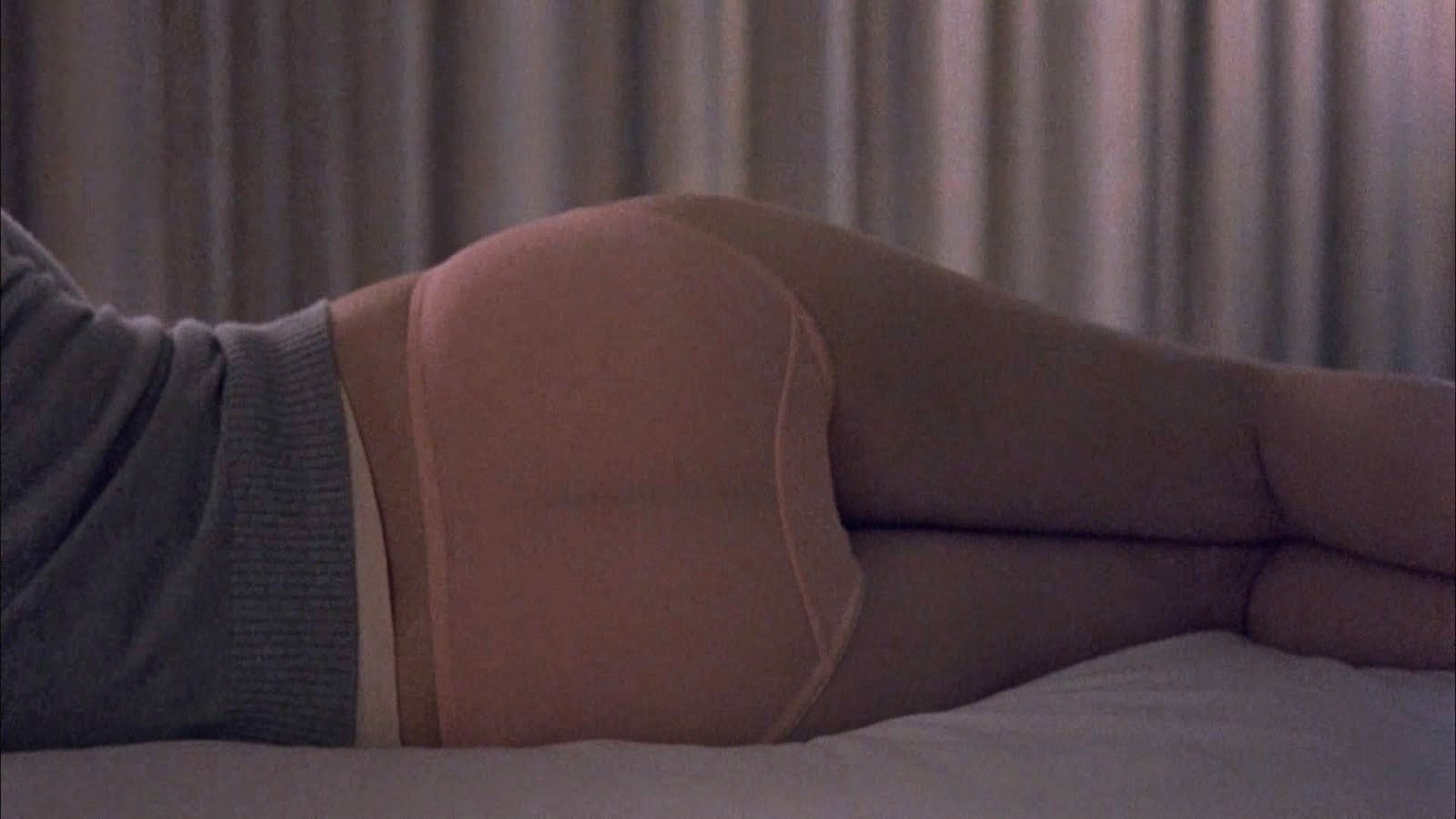 Scarlett Johansson is a newlywed who meets a tired, aged movie star in a hotel in Tokyo. Unsure what to do with their lives, they form an uncommon bond, not only in the city, but with themselves.

The film’s opening shot is that of Johansson’s back in pink underwear, a sweet but provocative image that was influenced by John Kacere’s Jutta, although it does not have a relation to the actual story. Still, the beautiful moment captured and set a tone for the rest of the film. 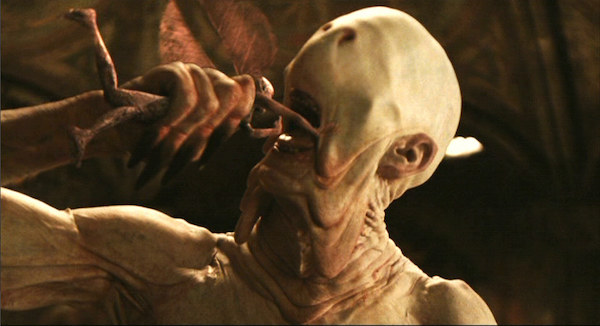 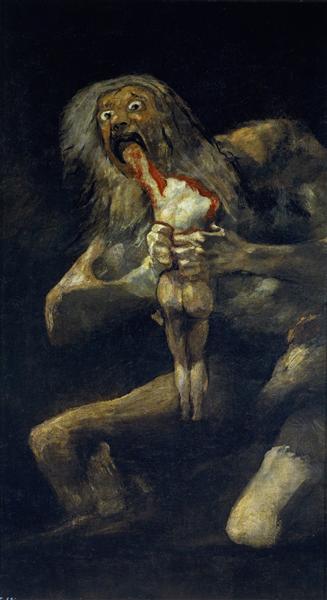 In post-Civil War Spain, a girl moves in with her pregnant mother to the house of her war captain stepfather. In the night, she is sent to another world where she is a princess, but she must pass three tasks to prove her worth.

The most famous frame in the film is the moment that the Pale Man puts his face palms over his eyeless face. The appearance of the character was inspired by Goya’s take on the myth of the titan, Cronus—scary and disturbing, fitting in with the mood of the film. 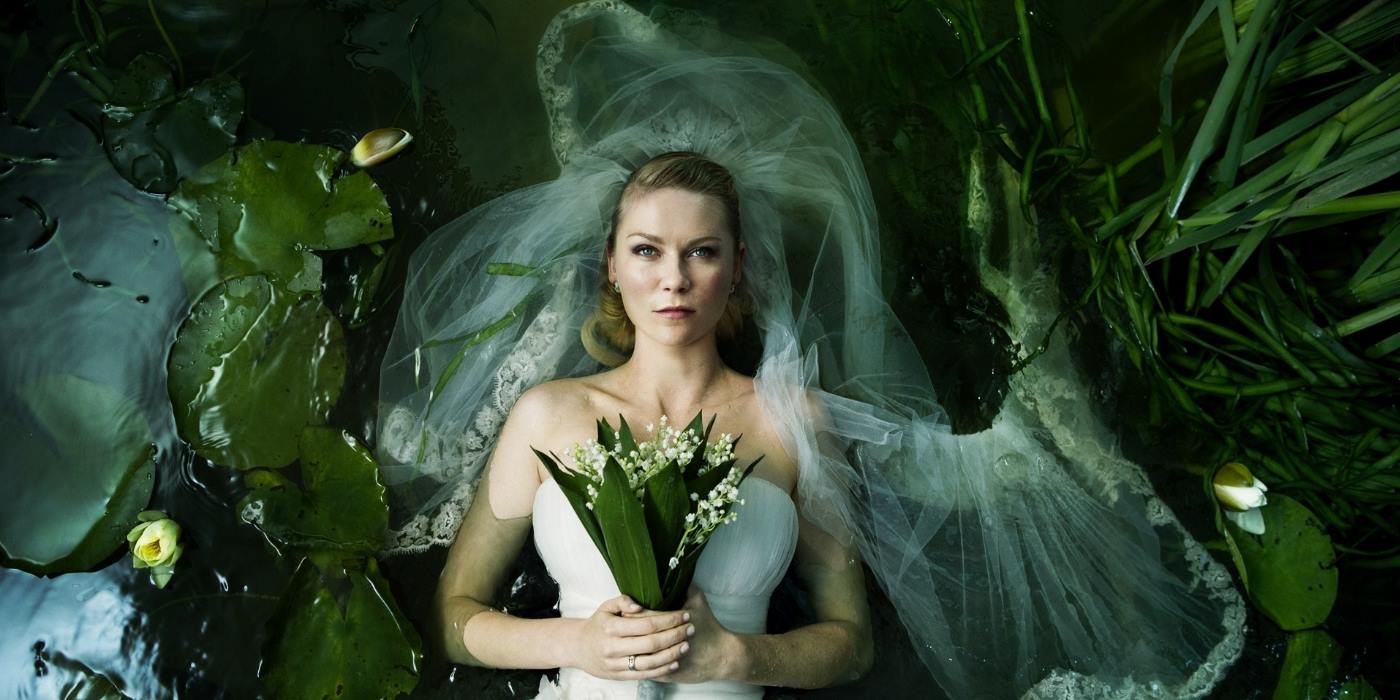 Lars Von Trier’s film starts with the marriage of a young woman named Justine, who, despite being loved by her husband, can’t seem to be happy about the most important day of her life. In the second part of the film, Justine is living with her older sister Claire, when they find out about Melancholia, a planet that could possibly collide with Earth.

The dramatic opening scene of Melancholia is his own reinterpretation of John Everett Millais’s Ophelia painting, with Justine in Ophelia’s place. The painting was also seen in the later part of the film, symbolizing the depression by the lead character. 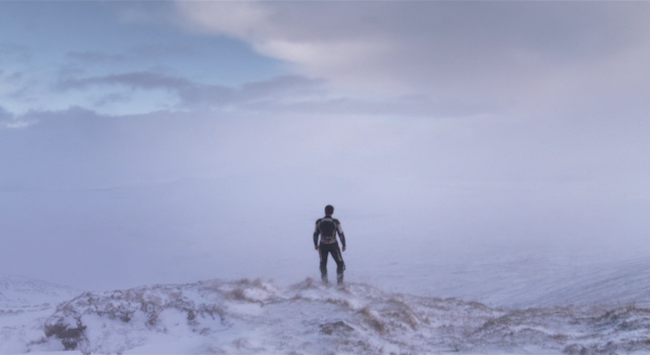 Inspired by: Wanderer Above the Sea of Fog (Casper David Friedrich, 1818) 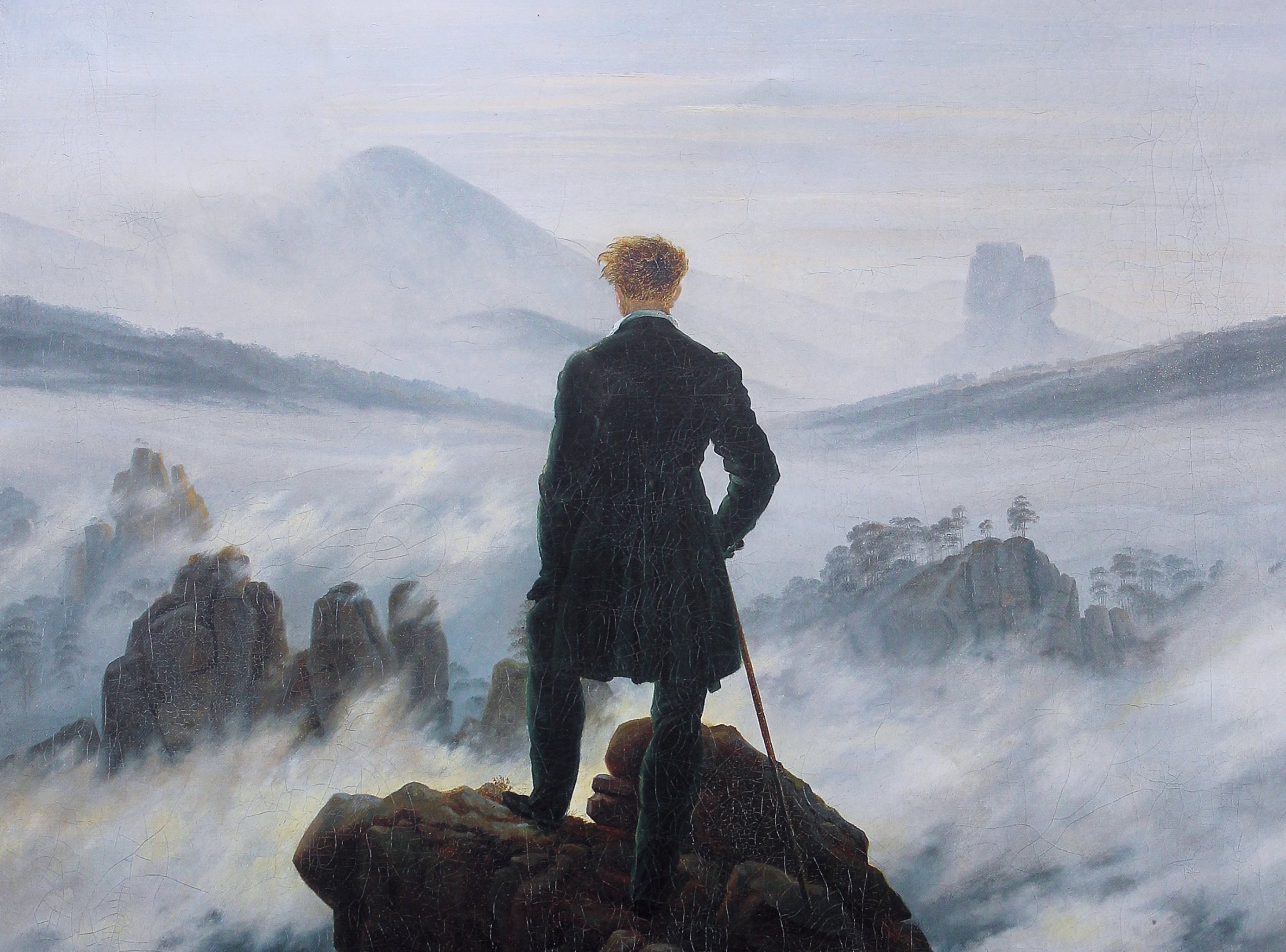 Loosely based on a novel by Michel Faber, the film narrates events in Glasgow, Scotland, at a time an alien in the body of a woman seduces and captures men. Dazzled by the ways humans live, the alien tries to be like one.

Filled with stunning moments, the film uses different images to show certain emotions, but while the shot similar to Friedrich’s work has no connection to the narrative, it does offer a visual experience for the audience. 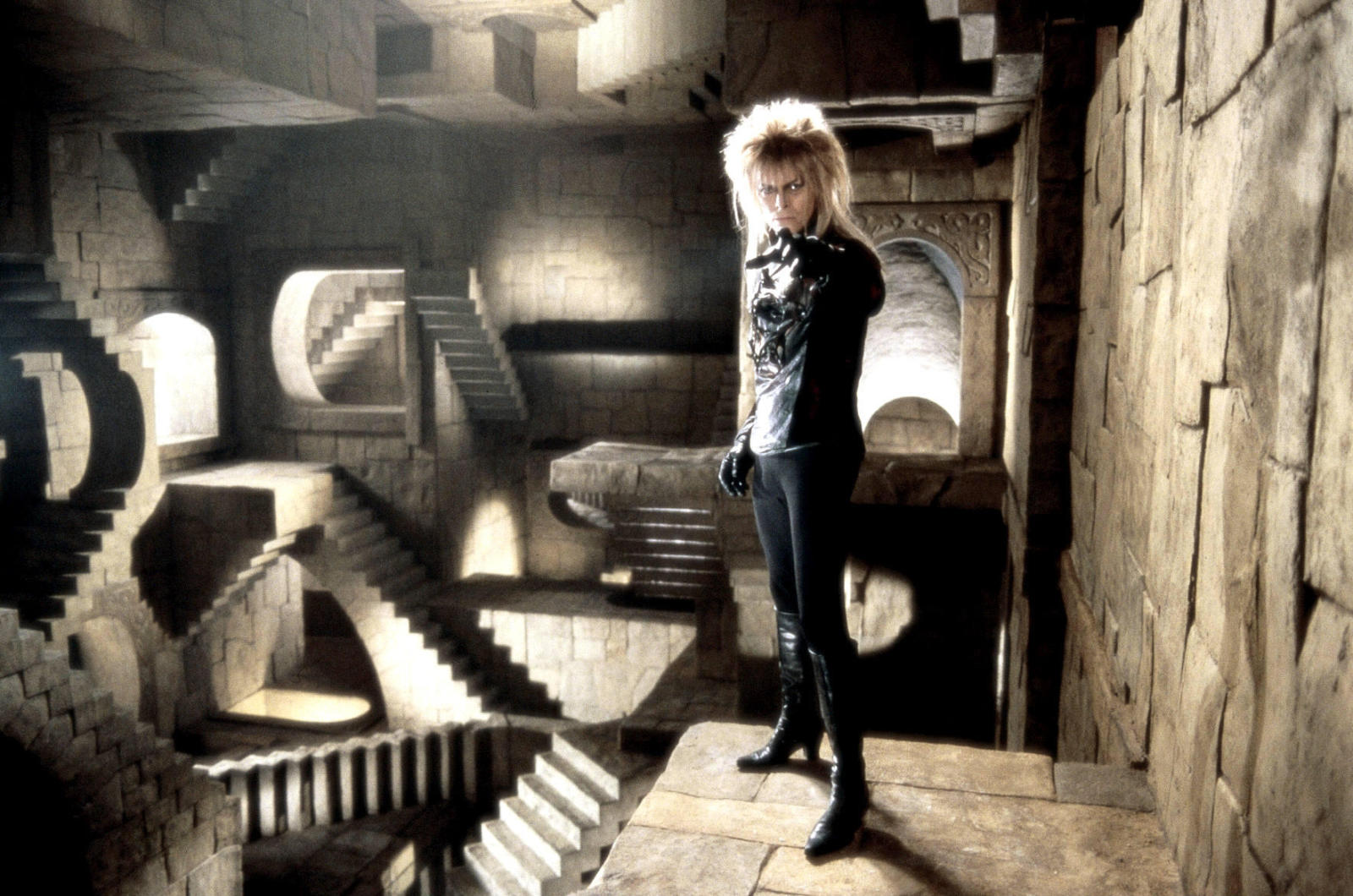 Escher’s illustration is actually important in the plot of the film, first seen as a poster in the room of a young teen daydreaming about escaping to a fairy tale. Her wish is fulfilled when she is transported to a different universe, but she has to pass through a dangerous labyrinth into the Goblin King’s castle to save her brother.

Jim Henson’s film then shows the illustration in a life-sized form by the climax as the young girl tries to figure out the complex staircase so that she can save herself and her brother from the clutches of the Goblin King. 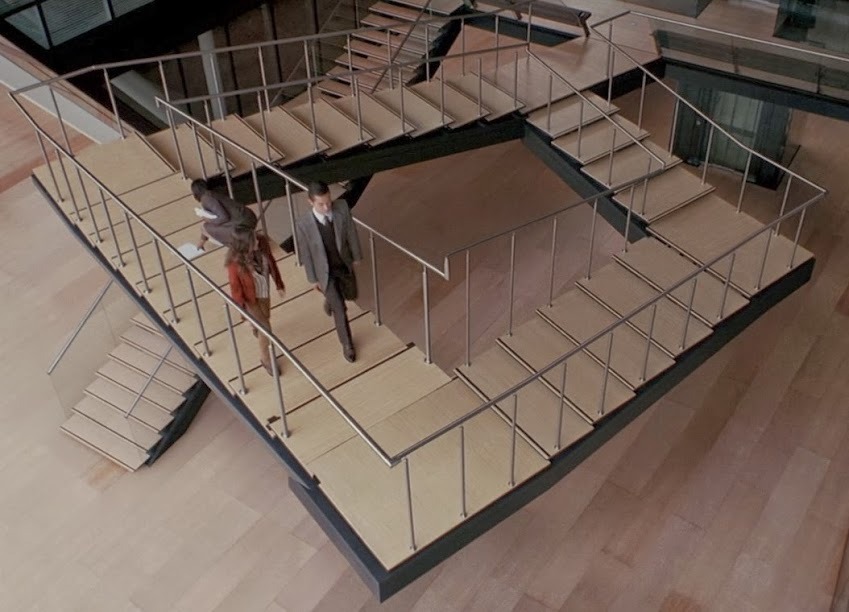 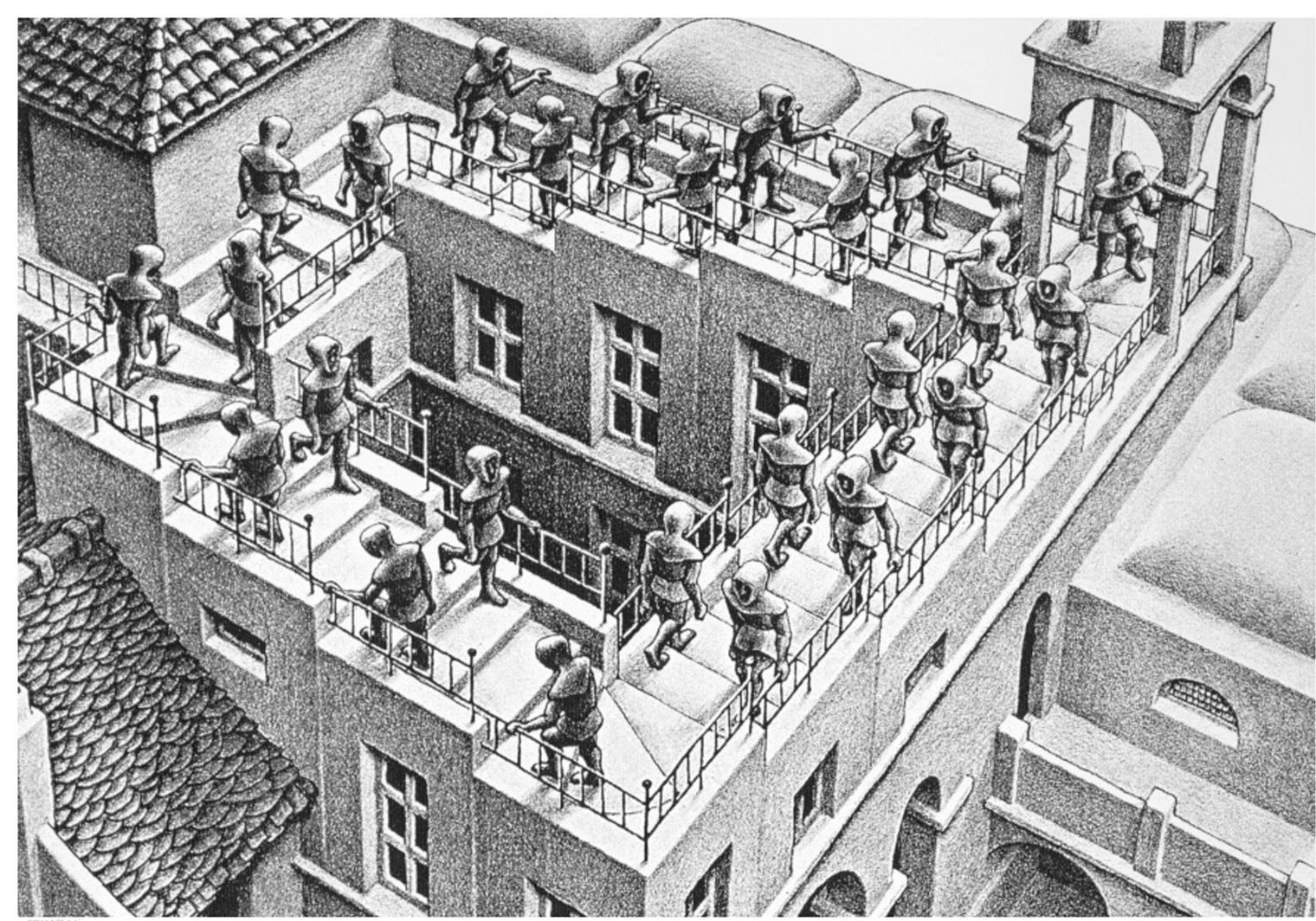 Dom Cobb is an extraordinary thief who specializes in stealing valuable secrets from people during their sleep. He is offered an opportunity to leave the world of crime behind if he completes a nearly impossible last mission: plant an idea in someone’s mind instead of removing one.

The love for staircases is apparent in Escher’s works, and Christopher Nolan’s Inception parallels both literally and figuratively. The staircase is seen in a section of the film, yes, but one can also say that the entire film is an actual interpretation of the artwork. The intellectual game between the dream world and reality is in sync with the intention of the illustration, as well as the apparent symbolism present in Nolan’s work.

These films are beautifully made in their own way, and even more so when you consider them with the artworks that inspired them. Which of these are you planning on watching (again) soon?