Warning: Declaration of W3TC\DbCache_Wpdb::prepare($query, $args) should be compatible with wpdb::prepare($query, ...$args) in /home/explore/exploretalent.org/wp-content/plugins/w3-total-cache/DbCache_Wpdb.php on line 8
 Scandinavian Movies to Watch During Your Next Movie Marathon
You are here: Home » blog » Scandinavian Movies You Should Check Out

When asked about the real treasures of the cinematic history, Scandinavian movies are almost never ever mentioned. We often end up talking about American films. But hardly do people realize that there’s more to the film industry than big-budget Hollywood releases.

One noteworthy film industry is the Bollywood or the Indian cinema, which is slowly gaining attention after hit movies 3 Idiots, PK, and Dhoom 3.  And China’s film industry is also rising, with movies like The Mermaid and Monster Hunt breaking several box office records. Another citable movie scene is that of South Korea, which is the home to the phenomenal hit Train to Busan.

But it’s not just these that deserve more attention. The Scandinavian cinema, unfortunately, doesn’t get noticed that much. But what people don’t know is that the country has films that are just as excellent. With impressive story lines that often center around mysterious characters with dark past, Scandinavian movies have captured the hearts of local viewers and, hopefully, will receive the worldwide recognition it very well deserves.

To hype things up, we prepared a list of the best Scandinavian movies you definitely need to watch soon. 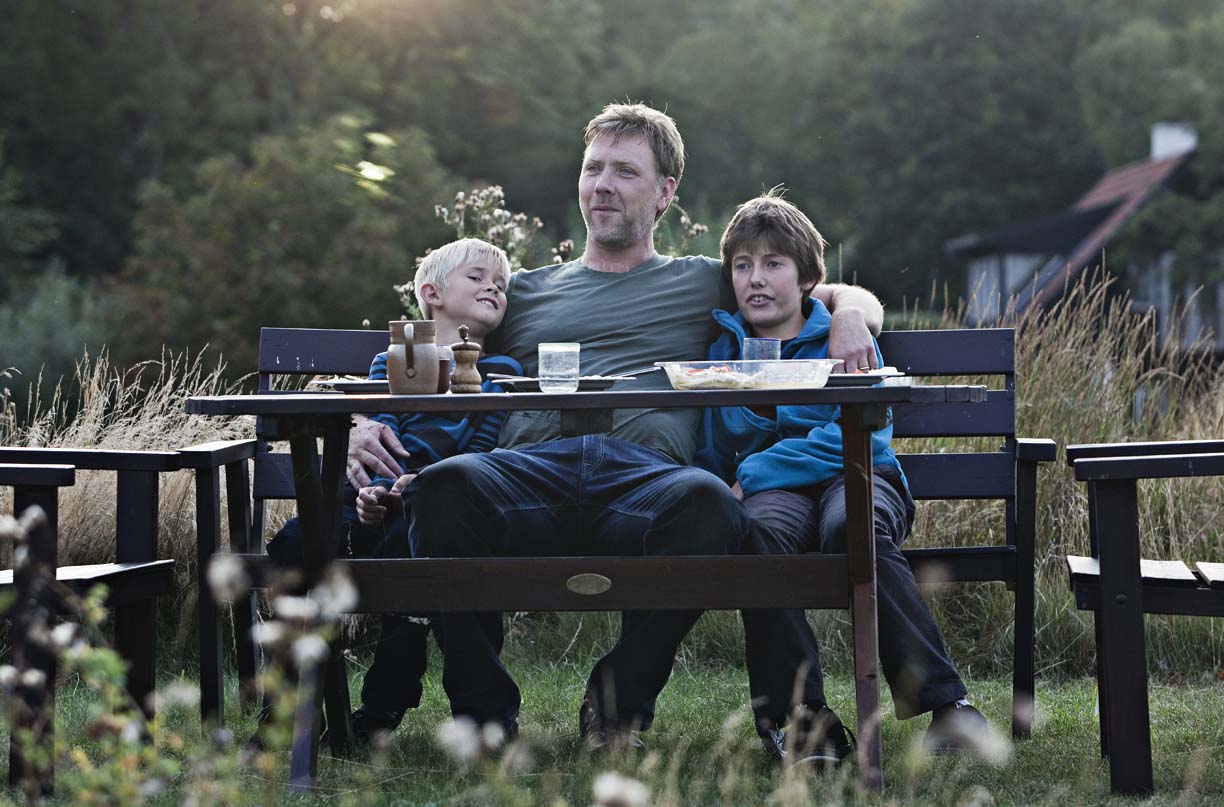 Family, friendship, the thirst for revenge, and the hope for a better world—this is what In a Better World is all about.

Starring Mikael Persbrandt, Trine Dyrholm, and Ulrich Thomsen, the film tells the story of Swedish doctor Anton, who commutes between his home in Denmark and a refugee camp in an African country. Anton has two sons with wife Marriane, but the two have separated and are facing the possibility of divorce over an affair involving Anton.

For a man who has to see and treat brutally injured patients on a regular basis and has to deal with a failing marriage, Anton is stuck in a difficult situation. But when his son Elias and his friend Christian, who himself is troubled after his mom died from cancer, get involved in an act of revenge against Elias’s bullies, Anton makes it his obligation to help his son deal with the consequences and come to terms with the complexity of human emotions.

In a Batter World, which is directed by acclaimed director Susanne Brier, was met with positive reviews and was named the Best Foreign Language Film at the 68th Golden Globe Awards and received the same recognition at the 83rd Academy Awards.

Directed by Thomas Vinterberg, The Hunt is a film about a kindergarten teacher named Lucas (Mads Mikkelsen) whose life suddenly takes a turn for the worst just because of an innocent lie.

Lucas, divorced and struggles over the custody of his teenage son Marcus, is well-liked by his students and everyone around him. When his son tells him he has decided to live with him, Lucas believes things are finally getting better. But it all changes when one day, his best friend Theo’s daughter Klara sees Lucas, places a heart-shaped ornament on his coat pocket, and attempts to plant a kiss on his lips. Lucas rebuffs the kiss, leaving Klara feeling hurt.

At some point, Klara remembers a pornographic photo her brother once showed her, and from then, she starts telling stories about Lucas. Giving unclear answers to the questions asked to her, Klara and her testimonies lead the kindergarten director to believe that Lucas has abused Klara—a claim that everyone ends up believing.

Now Lucas takes on a tough journey of trying to clear his name and keeping his relationship with the people he loves unstained.

The film is about the couple oddly named He and She whose lives change after their toddler son accidentally falls to his death as he tries to climb up the bed to join his parents. The event leaves She grief-stricken and ends up staying at a hospital, hoping to recover. But He believes the hospital won’t be able to help his wife, so He takes the matter into his own hands.

She undergoes psychotherapy with the help of his husband, but when that turns out unsuccessful, He takes She into a cabin in the woods. But what he hopes would be a peaceful retreat to heal their broken hearts turns into a hellish experience they will never ever forget.

Antichrist was met with positive reviews, with lead actress Gainsbourg receiving the Best Actress award at the 2009 Cannes Film Festival. It was also the recipient of the Robert Award for the best Danish film, the European Film Award for best cinematography, and the Nordic Council Film Price for the best Nordic film.

Based on the six-season sitcom Klovn (Clown), the 2010 film Klown tells the story of a man named Frank (Frank Hvam), who kidnaps his pregnant girlfriend’s 12-year-old nephew in an attempt to prove to her that he’s ready to be a father.

Developed from a successful TV show, Klown had very high expectations to meet, but the film managed to rise on its own, even becoming the most watched Danish film of 2010.

With its unique sense of humor, the film was critically acclaimed and even won the Cheval Noir award at the Fantasia International Film Festival.

One of the Scandinavian movies nominated for the Academy Award for Best Foreign Language Film, After the Wedding is a 2006 drama film about Jacob Petersen, manager of an orphanage that is unfortunately facing financial issues. Having grown attached to the orphanage and the kids it houses—particularly a boy named Pramod—Jacob will do anything to keep the institution alive.

One day, a Danish corporation expresses interest in donating money to save the orphanage, but under one condition—that Jacob should fly to Denmark to receive the funds himself. Apparently, the CEO of the corporation, Jørgen Hannson, just wants to meet Jacob.

But a simple trip to Denmark becomes an event that forces Jacob to face a past he is never aware of. There he learns the secrets hidden from him for years—truth that will change his whole life.

Although Scandinavian movies are not as popular as the other film industries, these films definitely have what it takes to be at the top of the game. Not convinced? Watch the films above and see for yourself.

The 5 Best Movie Documentaries You Need to Watch